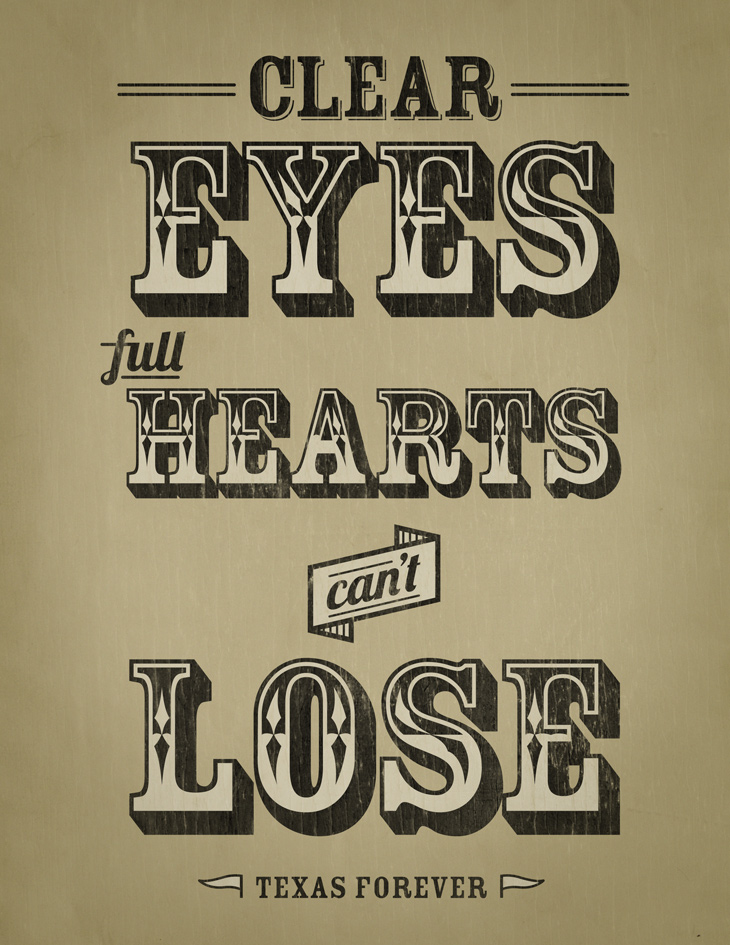 When Clementine was a newbie human, and I was calling it a win for the day if I left the house to get Sonic Happy Hour, Trey and I started watching Friday Night Lights on Netflix. We were obsessed. We may or may not have tried to rename our dog Riggins. #texasforver Either way, we made ourselves honorary Dillion Panthers and have adopted the “Clear Eyes, Full Hearts, Can’t Lose!” motto. When I interviewed for my job, Trey called me and said “Clear Eyes, Full hearts!” He gets me like that.

We are trying to move through this process with clear eyes and full heart. Focus, determined, with love. I promised you some details about the ways God has been working in our story. Dear readers, know that it is hard to capture the Lord’s goodness when being careful with confidentiality issues. This is the best we can do for now:

Before Trey and I left for South Africa we had a very lengthy discussion about we felt 100% called to adopt one day, it would be domestically. All the official information about international South African adoption stated that it was not possible to the US, and honestly we took comfort in that. If it isn’t possible, we don’t have to worry about it! To be blunt, we didn’t want people to think we went to find a baby.

A few weeks into our time in South Africa, God began to impress on me that “she is yours”  about our girl. I  was terrified at first, then discouraged because I didn’t think it was possible to adopt her. But at the same time, something shifted inside me and I “just knew.”

I told all this to Trey and he was very guarded because he didn’t want me to be hurt. He’s sweet like that, which frustrates me :). I began to pray that God would give Trey the same confidence she was our daughter and that He would “work it out!”

The Lord did change Trey’s heart…but he still didn’t want us to get our hopes up. We still had the pesky little problem of “legality” to figure out, plus move back to the Texas, have Clemie, and so on and so on.

It is a miracle that our agency is working with us. It is literally ONLY by His favor. Turns out there is only one agency in the US to do SA adoptions, and they only have a pilot program. We had to go through several avenues to get the initial nod of approval. But a few weeks before Clementine was born, we found out that they weren’t going to work with us after all because we live in Texas, and although they very recently had contracted home studies out to Texas agencies, their policy had changed. We were devastated, but again prayed that God would “work it out!” The day I went into labor with Clementine, we received word that they would make special arrangements to work with us! Praise Him and what a roller coaster.

Since then, we have met a friend in Lubbock who will be back from South Africa with her daughter tomorrow. We would have totally been friends with her before, but to have someone who has recently walked this path AND a friend with some familiar experiences for our girl is amazing. Lubbock is not that big, and there are only a handful of these adoptions each year.

There is more. There is a lot more. My heart is to share it with you, but it just isn’t appropriate at this point or on this avenue. But all of this to say, the Lord is faithful and He is generous in demonstrating that in our lives.

You have blessed us with your prayers and encouragement,and your gifts and financial blessing. Thank you for that!

Our Pure Charity fundraiser to finish paying for a portion our home study fees end today. We are $465 shy of goal. Would you consider donating today?

“The Many Faces of Clementine” or “The Cutest Little Hoot Owl You Ever Did See” Several weeks ago we took Clementine to the Pumpkin Patch with Gogo and Pop. Despite the somewhat cold and windy day, lots of allergies, and

Clementine has a rotation of favorite songs I sing to her: The Doxology, Beautiful Things, a Zulu song called Akekho ofana noJesu (there’s no one like Jesus), and How He Loves Us (go watch that link and come back to us). Trey